In 2003, after serving in the U.S. Army Special Forces, and after years of contracting with the U.S.
government, Erik Lawrence founded Vigilant Security Services, LLC, and remains VSS’s Managing
Member. He has also created several other businesses and acquired invaluable experience with
government projects, all of which have helped make VSS successful in a relatively short time. Now in its
15th year, the company has operated on its own revenues and owner equity without formal external
funding since its inception. Erik and his VSS team continue to focus on, and excel at, security and tactical

Erik is an Army veteran and entrepreneur with over 30 years of experience in military methods, security training and tactics, and weapons handling. During his time in the military, Erik attended the U.S. Army John F. Kennedy Special Warfare Center and School (SWCS), where he focused on military communications. He was part of the elite U.S. Army Special Forces group known as the Green Berets and worked in more than 40 countries during his tenure.
Since his discharge from the Army, Erik has worked as an independent contractor overseas and has used his knowledge and skills to make our world a safer place through his labor as a business owner, tactical instructor, and author of over 40 handbooks/manuals. 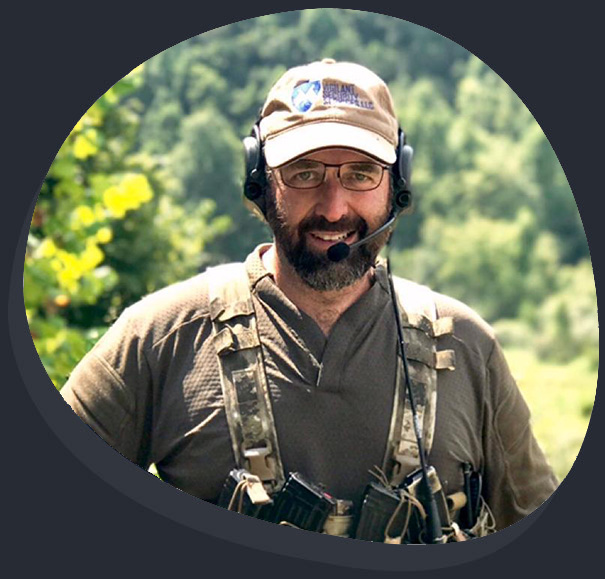 After leaving the Army, Erik immediately launched a business that capitalized on his military training and expert knowledge in security operations. In 1999, Erik opened Blackheart International LLC, a tactical equipment and training services business that he operated until 2013, when he sold the company. In 2005, Erik launched Vigilant Security Services, a global security company that he still operates today. VSS offers a variety of services at its West Virginia location, ranging from large-scale project management for security operations to individualized training for police and security professionals.
VSS serves private clients with security services throughout the world using military precision and methods to ensure that each project is seamless and successful. Erik’s company assists government agencies and law enforcement in the procurement of weapons and security equipment while providing training in the proper use of each item. Drawing on his military background, Erik spearheads the tactical instruction for the company’s clients at VSS headquarters, a comprehensive training facility that provide classroom and hands-on learning in combat tactics, proper shooting techniques, and warfare simulations.

Having authored over 40 books/manuals/handbooks of which many are the
industry standard for training you can now learn directly from the source. Many of these publications are available in multiple languages and see around the world.

Courses are typically conducted as Mobile Training Teams both in the US and internationally at the client’s facilities. Arrangements can be made for facilities if the client does not have access to their own.  All Erik Lawrence’s training programs are conducted by former U.S.
Army Special Forces personnel who have extensive backgrounds in military special operations, combat, training and law enforcement, and are current subject
matter experts in their fields. As a result of their expertise this makes the program the leading one for Non-Standard Weapon (former Soviet-Bloc) weapons training.

Subjects include
Pistol, Rifle/Carbine, Shotgun, Surveillance/Countersurveillance, Self
Defense/Awareness, Ladies Self-Defense, Individual Protective Measures and
many more. Email for a custom quote for your unique training.

To learn more about how Erik or VSS may assist you or your organization with detailed course information, facility rental opportunities, pricing, and available course dates, please complete the contact information below. Although we will promptly and personally respond to your request, please include as much preliminary information as you can (course or rental interest, estimated number of students, training profile, desired timeframe, etc.) so that we may better serve you.